Scheduled to open in October 2014, the Maggie Daley Park will transform the sites of Daley Bicentennial Plaza into a single continuous public landscape that will operate at a variety of scales, serve a growing residential community, and join Millennium Park as a new international destination on the Chicago lakefront.
END_OF_DOCUMENT_TOKEN_TO_BE_REPLACED

Want a no-brainer regular Date Night? Sign up for Session IV at Penguin Foot Pottery for you and your spouse!

The next 4-week session at Penguin Foot Pottery begins May 31st. Check out their summer schedule here.

Some highlights that may interest you: Wednesday night’s 7-9 is now a 6-week intermediate class. Students will be introduced to more demos and techniques than the regular 4-week beginning class, and will have the opportunity to explore these with more time on the wheel.

Classes will begin to fill up this week so now’s to time to register! Visit Penguin Foot’s website at www.penguinfoot.com

If you find yourself at the Do Division Fest on June 4th or 5th check their booth out!

Money is tight but you and your partner need to get out? Chicagoland offers many great museums, quite a few with ‘FREE musuem days!’

Also many of our cultural centers have free admission EVERY day. To name a few:

Please try these out and let us know about your visit. We will continue to keep you updated on special events as well!

Summer will be here before you know it and The City of Chicago is proud to present three of summer’s marquee events as free admission festivals, once again. Returning to the summer schedule is the 28th Annual Chicago Blues Festival, June 10-12; the 53rd Annual Chicago Air and Water Show, August 20-21 and the 33rd Annual Chicago Jazz Festival, September 1-4.

The 28th Annual Chicago Blues Festival kicks off the lakefront festival season June 10-12 in Grant Park. For three days blues artists from Chicago and around the country will celebrate a blues legend with music rooted in this year’s theme, Sweet Home Chicago: A Centennial Celebration of Robert Johnson. The full line-up will be announced soon. For more information on the Chicago Blues Festival and updates on the schedule please visit www.chicagobluesfestival.us.
END_OF_DOCUMENT_TOKEN_TO_BE_REPLACED

Kicking off Chicago’s winter season, the McCormick Tribune Ice Rink in Millennium Park will open on Wednesday, November 17, 2010 and will remain open through Sunday, March 13, 2011, weather permitting.  The rink, now in its tenth season and drawing more than 100,000 skaters annually, is free and open to the public.  Skate rental is available for $10. The ice rink is located on Michigan Avenue between Washington and Madison Streets. 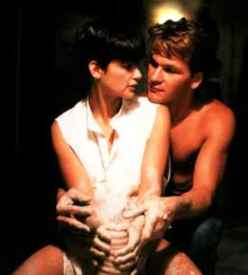 Want to recreate a romantic moment like Demi Moore and Patrick Swayze did in Ghost? Well we’ve got the place for you on Saturday nights at Penguin Foot Pottery’s Happy Hour class.

Penguin Foot Pottery is a Bucktown/Logan Square-area ceramics studio catering to a wide range of ceramic enthusiasts. From the curious beginner to the experienced potter, PFP has something for everyone. PFP is located at 2514 W Armitage Ave. Chicago, IL 60647 (enter on Bingham St.).

Saturday night’s Happy Hour class does provide a wheel per student, and a perfect date night out. You won’t need to double-up like Patrick and Demi, but there’s sure to be some good-natured adult fun. It’s a walk-in class for $25 each person but with 6 wheels available that will fill up quick, so it’s best to call ahead and reserve [773-227-3575].

Aside from the wheels they have hand building and tile-making projects available and pre-made ware for glazing. The pre-made ware, like plates and bowls, will be fired and available for pick up later in the week.

Chris Busse teaches ceramic classes at Penguin Foot Pottery. He earned his BFAAE at The School of the Art Institute of Chicago, focusing on Ceramics and Art Education. For the last three years, Chris has been an Art Teacher for Chicago Public Schools and led ceramic classes for the Oak Park Parks District. His work has appeared in numerous galleries and art shows, and he is always available for commissioned work.

If you’re really struggling with your creative side Chris makes and sells his work in the studio – come by and check it out!